Experienced
Fort Worth
Attorney
Need an attorney? Call 817-878-2770 today and schedule your consultation. 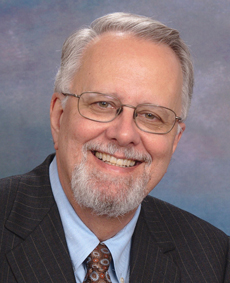 J. Steven Bush
Steven Bush is a criminal defense attorney who offices in Fort Worth, Texas. He has been licensed in Texas since 1976 and has worked for the Texas Youth Council and the District Attorney's office in Dallas. Since he left his position as an assistant district attorney Mr. Bush has practiced exclusively in the private sector. The experience he brings from his public service and many years of private practice help Mr. Bush to negotiate with the state and federal prosecutors for you.  He knows the ins and outs of how the state and federal government work when they prosecute you.

When you have been arrested or charged with a crime, contact J. Steven Bush, a criminal defense attorney in Tarrant County, Texas. Mr. Bush limits his practice to criminal defense and related civil matters such as occupational driver’s licenses, orders of non-disclosure, and expunctions.  He not only takes new private clients, but he is appointed by courts in Tarrant County and federal courts in the Dallas and Fort Worth divisions of the Northern District of Texas.   If you do not find what you are looking for on this page check the Site Map at the bottom of the webpage for additional information.

In some cases, Mr. Bush may be able to negotiate a lesser charge or have the charges completely dropped. This depends on the crime you have been accused of and your prior record, whether you have a job and family in the area and several other factors.

And, in some cases, you may be innocent of a crime. In those cases, Mr. Bush will work to obtain evidence showing your innocence before negotiating with the state or going to trial. He has experience in both areas, so even if Mr. Bush cannot negotiate a fair deal, he will be able to properly represent you at trial.

Mr. Bush is not in the bail bond business himself and does not recommend a particular bail bondsman.  But you should contact Mr. Bush  if you have been accused of a crime or if you have been arrested, preferably before you post bail. If you are in jail and cannot get a call out, have a relative call the office to set up a consultation for you while you are being held. Attorney Bush will visit you in jail if he is tentatively hired by your family. You or your relative should have information on the amount of the bail and the charges at the time of the phone call.  Bail in Tarrant county is often set initially by a municipal court magistrate, even in cases over which they will not have jurisdiction.  The amount set is often way out of line with what a county magistrate or judge will do.  Call Mr. Bush before you pay unreasonable bail!  Your bondsman can negotiate the commission he charges you but not the amount of bail set by a judge.

Send Us a Message